The Legend is Back! 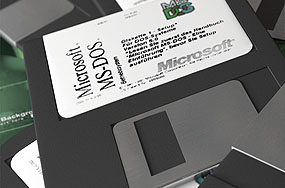 Kithara Software, leading innovator for industrial software solutions under Windows® operating systems, has finished the redevelopment of the compatibility tool »DOS Enabler«, which allows for DOS applications to run on modern systems with stable performance.

Due to great demand, Kithara has decided to give the widespread and popular »DOS Enabler« a major overhaul while also making it available for Windows 7/8 on 32/64-bit systems.

Uwe Jesgarz, managing director of Kithara Software GmbH declared: ”One must not assume that DOS has already vanished from the industrial sector. However, in order to utilize it as a reliable and cost-efficient operating system in industrial fields, certain strict requirements have to be met, which virtualizations are unable to fulfil.”

Simple virtualizations, aiming to run DOS on modern operating systems such as Windowsmore often than not are accompanied by performance loss and stability issues and thus are hardly suitable for crucial industrial applications. The »DOS Enabler«, on the other hand, uses the multi-core CPU technology of today’s computers to run a native, lossless DOS on a single core and in a single window. The result is a true DOS environment for Windows 7/8 and 32/64-bit systems, that can even meet high demands.

“For seamless and immediate hardware-dependent communication, the program execution, including hardware access to I/O registers and physical memory as well as interrupt handling, is performed in real-time”, Uwe Jesgarz added.

The benefits that make DOS an appealing alternative even today are its
simple architecture, minimal requirements for memory and CPU as well as
high system stability and system safety. For instance, with its hardware-dependent structure it is still widely applied in embedded systems with specialized tasks.