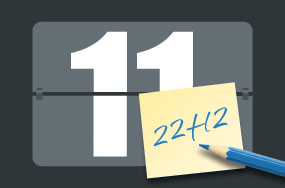 Kithara Software, specialist for industrial real-time software, has announced the support for the upcoming Windows 11 version 22H2 with the real-time system Kithara RealTime Suite (KRTS). This will allow for the new version of Windows to be used as a real-time operating system already by the time of its release, which is expected for September 20.

As with Windows 11, extensive testing of the Insider Preview version have ensured support by Kithara RealTime Suite even before the release of version 22H2. This way, the latest Windows version can be utilized as an RTOS, meaning with “hard” real-time capabilities. This makes it possible to turn regular Windows PCs into efficient development and testing systems, which allow for the programming of sophisticated industrial functions in automation, machine vision and automotive fields. The simultaneous support for yearly Windows 11 updates with KRTS is expected to continue in the future due to exhaustive test series with the Insider Preview version.

The procedure to enable real-time capability for 22H2 is the same that have been used with previous Windows versions. Both the Kithara real-time system as well as the Windows OS are booted separately on user-defined dedicated CPU cores. From this point onwards, KRTS and Windows run parallel yet separate, without negatively impacting each other, benefitting from both the graphics and user interface of Windows and the performance properties of an RTOS. Both sides are able to communicate with each other via a defined shared memory area.