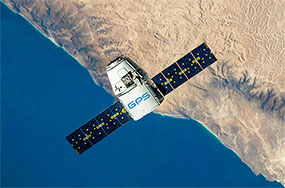 Kithara Software, specialist for PC-based real time, has announced support for synchronization of GPS devices as part of the PTP Module. By using the communication standard NMEA 0183 within Kithara RealTime Suite, corresponding devices, most notably GPS receivers, can be controlled in real time as well as synchronized.

In order to combine high-precision time synchronization of devices in a distributed system with GPS capabilities, the Berlin software company utilizes NMEA (National Marine Electronics Association). The integration of NMEA 0183 into the real-time operating system by Kithara happens as part of the specially developed PTP function (Precision Time Protocol), which has been successfully employed for several years, particularly in the automotive development field.

“The reason for the implementation of GPS functions specifically with the communication standard NMEA lies in its simplicity. Thanks to cost-efficient usage as well as its common and universally used serial interface, NMEA even nowadays is suitable for a broad range of GPS applications. While mainly used for marine devices in the past, NMEA is now also particularly appealing for a wide array of different types of vehicles and consequently for the development field of automotive networking. In this sense, the simple application for testing purposes has turned out to be especially relevant to our customers”, Uwe Jesgarz, managing director of Kithara Software, explained.

Released in 1983, NMEA 0183 uses a simple serial interface and defines data communication between a sender and several receivers, with baud rates of 4800 or 38,400 in high-speed mode respectively. Originally developed for marine equipment, its fields of application today primarily lie in communication of GPS receivers, PCs and mobile devices.