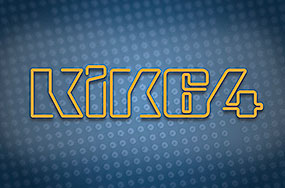 The recently announced redevelopment of KiK64 will be released with the upcoming Kithara RealTime Suite version 10.05, which is slated for June 2018. This also makes 10.04 the last version to support the former KiK64 function.

As described in an earlier blog post, this new method, which enables 32-bit real-time code to run on 64-bit systems, has been reworked comprehensively and thus significantly improved. The new concept represents a much more elegant solution for this task. This way, the new KiK64 allows for unrestricted use of all real-time functions and also avoids negative impact on CPU performance. Due to the fact that a single 32-bit EXE can be used for both 32-bit as well as 64-bit systems, this solution is much more flexible as well. This merely requires a 32-bit DLL or a 64-bit DLL, depending on the target system, to be provided.

In order to implement this, users have to follow only a few simple steps to activate a common view from both the EXE as well as the DLL on the shared memory range. A detailled tutorial on how to do this can already be found in the recently released Whitepaper (Section: “Special approach with KiK64”).

Finally, starting from version 10.05 and onwards, the new KiK64 will be included for free with all 64-bit versions of Kithara RealTime Suite.