The »RealTime Suite« Enters the Next Phase

Version 10 of the Real-Time Extension Released 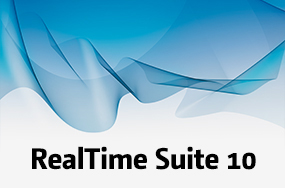 Kithara Software, innovator for industrial software solutions, has released version 10 of the »RealTime Suite«. The most recent version of the real-time extension for Windows includes a variety of improvements and changes in order to establish a more optimized development basis for the function library.

Version 10 allows for higher scalability of supported computer set-ups. The Kithara real-time system can now also be run on high-performance multiprocessor computers with NUMA architecture. Even set-ups with over 100 CPU cores and several terabytes of RAM are now easy to apply. Furthermore, in order to reinforce data security of installation files, signatures according to SHA-256 have been introduced.

For a more streamlined development process, the MultiTasking Module is already provided with the dedicated mode, thus enabling the allocation of real-time tasks to separate CPU cores. Additionally, the new Network Module combines the complete range of functions for real-time communication via raw Ethernet as well as UDP and TCP. Developer tools are also directly attached to software packages for improved performance and error analysis.

Most of the changes aim to help developers facilitate the implementation of real-time functions into their applications, while at the same time enabling Kithara to integrate new and further developments more efficiently.

“We place great value on making sure that there is next to no transition effort necessary. Quite the contrary, the range of functions as well as real-time performance have even been improved. Furthermore, the new version will allow us to provide updates and new features even faster”, Uwe Jesgarz, managing director of Kithara Software, explained.

Version 10 supports all modern Windows OS including Windows 10 (32 and 64 bit) and the programming languages C/C++, Delphi and C# (via a DLL). Further information as well as a trial version of the »RealTime Suite« 10 are now available at www.kithara.com.