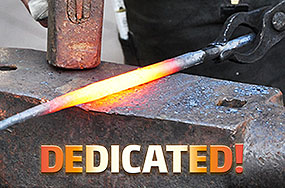 While the MultiTasking Module is normally operates on CPU cores on which Windows runs with a lower priority, the new Dedicated Module allows an execution of the real-time code on exclusively used CPU cores. At the time Windows boots up it may be instructed to boot up on less than the available logical CPUs. The Kithara real-time system is then operating on request on the free CPUs.

As before, you can assign each CPU resource (e. g. interrupt handlers or a real-time task) to a particular logical CPU. If this CPU is not the one on which Windows is running, the Kithara real-time system will automatically boot there. This function call is the only required change. All modules can be used immediately without any functional limitations or adjustments on the dedicated CPUs.

Due to the absence of the Windows influence there can be achieved extreme real-time characteristics of the real-time tasks (below 1 µs jitter).

In a special mode (speed-loop) a CPU can be exclusively assigned with an individual single callback function running at a high frequency. Thereby frequencies up to 1 MHz or more can be achieved.